This deluxe 1/6 scale figure is a wonderful tribute to Hungarian American actor Bela Lugosi, best known for his iconic role as Count Dracula in the 1931 film from Universal Pictures. Made in collaboration with Kaustic Plastik, as part of Infinite Statue’s Action! Deluxe Figure line, this 1/6 scale figure beautifully captures the Transylvanian vampire’s moods with two hand-painted headsculpts. The Count’s dapper outfit includes a tailored fabric suit and bowtie as well as his sumptuous black and red lined cape. Accessories include an ornate candelabra and his coffin, so he can finally get some rest.

Pre-order the Bela Lugosi as Dracula (Deluxe) 1/6 Scale Figure by Infinite Statue now from Sideshow. The Count bids you welcome!

The Medallion of Dracula Prop Replica by Factory Entertainment is a must-have adornment for any vampiric aristocrat. Available now from Sideshow. 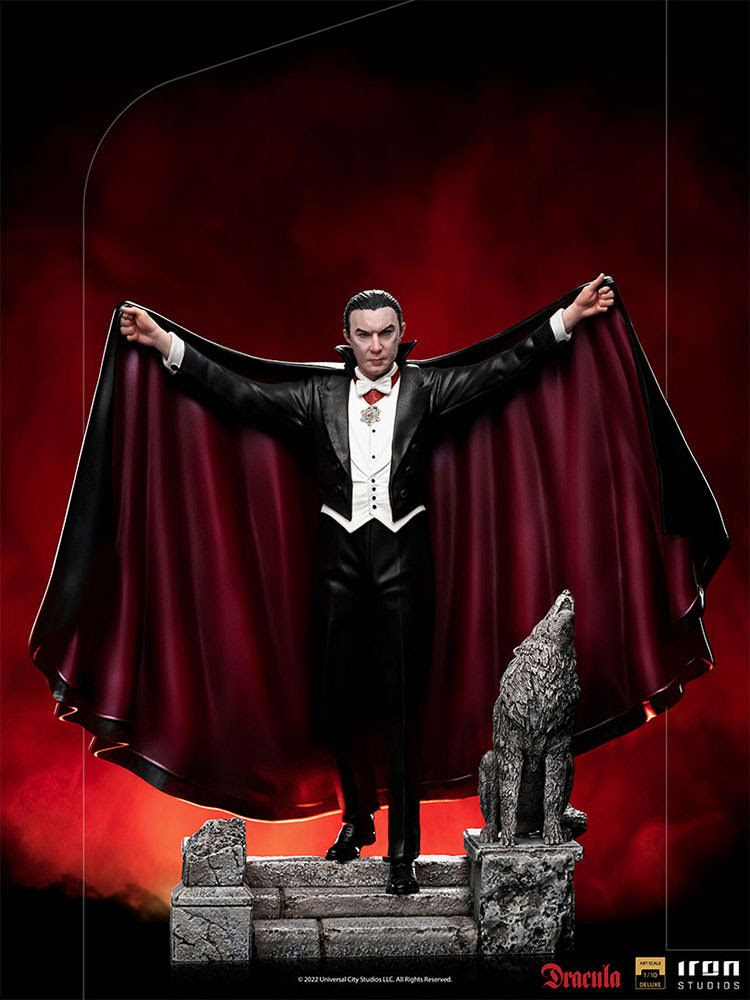 Invite the Dracula Bela Lugosi Deluxe Statue by Iron Studios into your home. Available to pre-order from Sideshow.