This diecast figure is highly detailed and fully articulated. Beautifully painted with red and blue accents, it also features LED light-up eyes and a Color Timer. An original set of weapons has been specially designed for this figure. The weapons include two ZERO Slugger-Hawk blades that can be combined with an adapter piece, which is also a blade, to create the ZERO Twin-Hawk Offence Form. The figure also comes with a ZERO Defender force shield generator. Multiple interchangeable hands are also included, making this a super poseable piece.

Venture into another universe with the Ultraman Suit Zero 1/6 Scale Figure by Threezero. Available to pre-order from Sideshow. 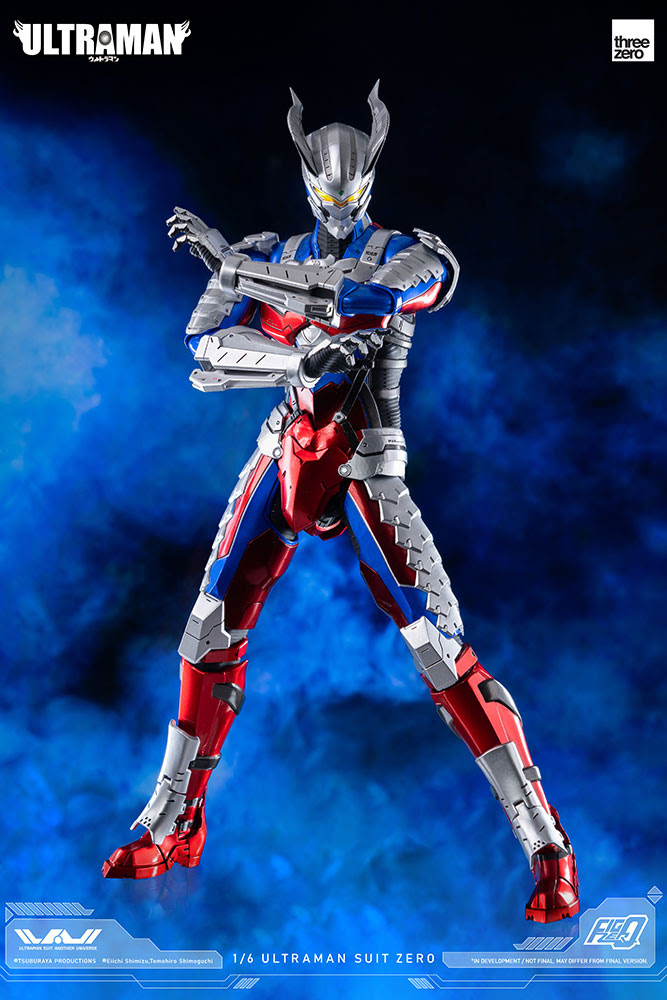 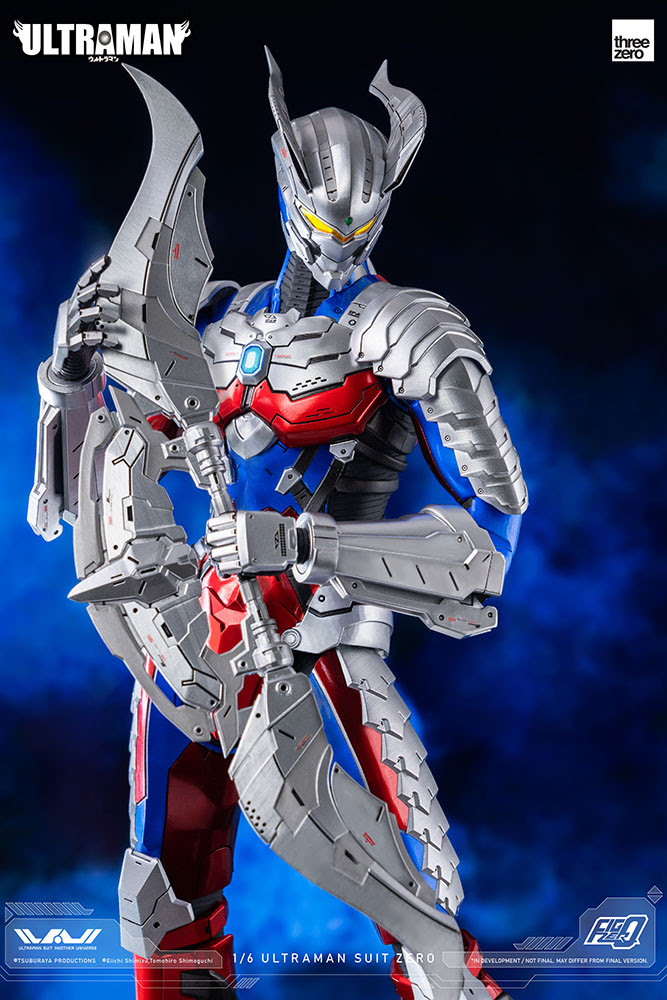 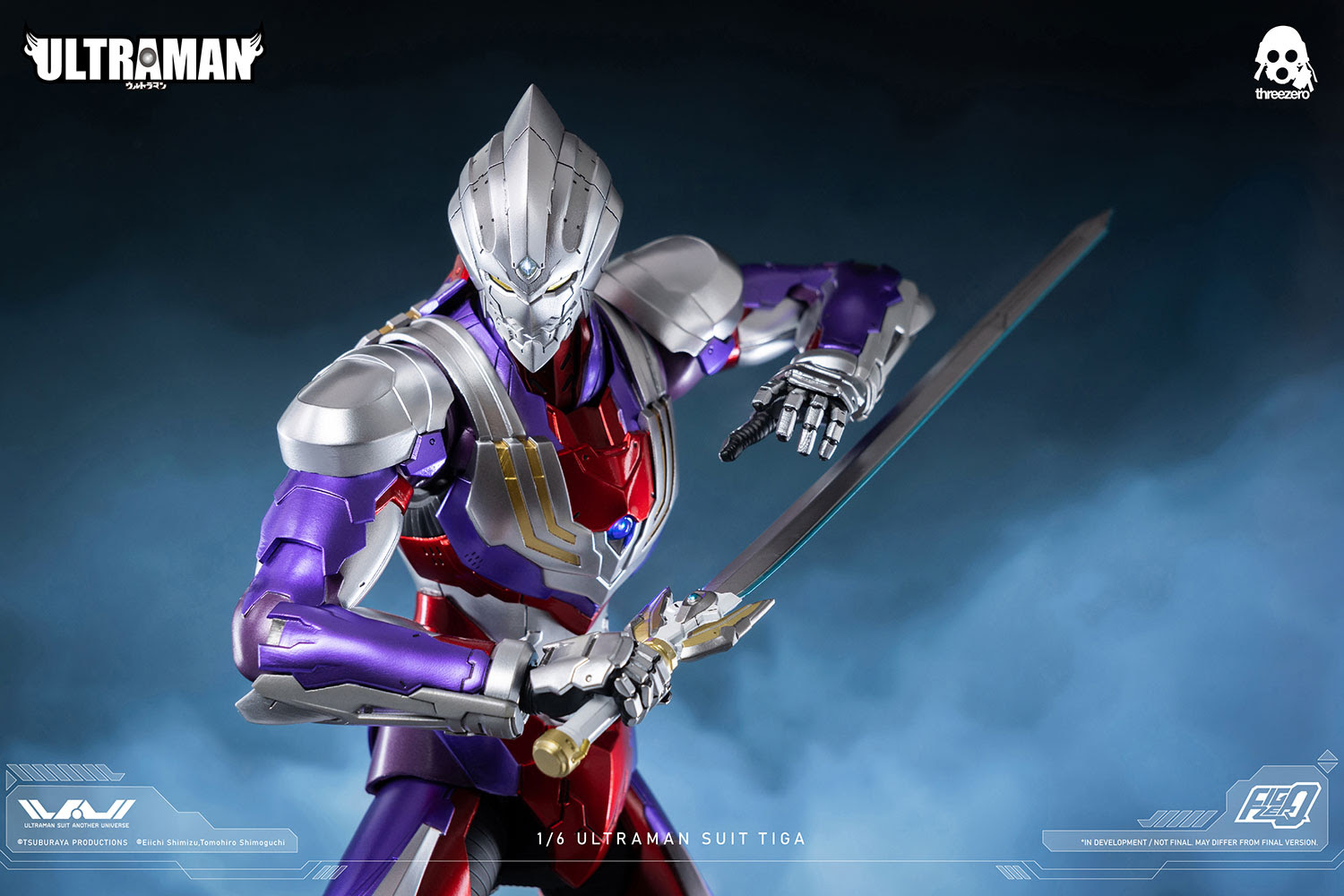 The Akinori Takaki Ultraman Zero by Threezero is part of the ThreezeroX range, which invites renowned artists from around the world to redesign action figures according to their own unique styles. A collaboration with Japanese sculptor Akinori Takaki, the figure reimagines Ultraman Zero, the son of Ultraseven. Available now from Sideshow.

From the movie SHIN ULTRAMAN comes the Ultraman (Shin Ultraman) Figure by Threezero. This piece is 6″ tall and has 30 points of articulation, plus it comes with a range of interchangeable hands. Available now from Sideshow.