When Peter Parker’s identity is revealed by Mysterio, he turns to Doctor Strange for a magical solution. But their spell goes awry and attracts Spider-Man’s most fearsome foes from across the Multiverse, including Green Goblin, Electro, and Doc Ock. Peter Parker must work with his Multiverse contemporaries to fix the spell. Along the way, they help him find the true meaning of being a Spider-Man… The Spider-Man: No Way Home – 1/6 Scale Spider-Man (New Red and Blue Suit) Collectible Figure features a hand-painted headsculpt based on Spider-Man/Peter Parker’s appearance as portrayed by Tom Holland in the movie. The screen-accurate headsculpt utilizes Hot Toys’ innovative “rolling eyeball” technology, allowing collectors to adjust the figure’s gaze for a greater degree of realism and posing potential. The figure also comes with a masked headsculpt, plus multiple pairs of interchangeable Spider-Man eye pieces to recreate a range of expressions.

This highly articulated figure is dressed in a finely tailored red and metallic blue suit with black accents and web pattern. Accessories include a Spider-Man mask and assorted spider web shooting effects. Swing into action with the Spider-Man: No Way Home – 1/6 Scale Spider-Man (New Red and Blue Suit) Figure Collector Edition and Deluxe Version by Hot Toys. Available to pre-order from Sideshow. 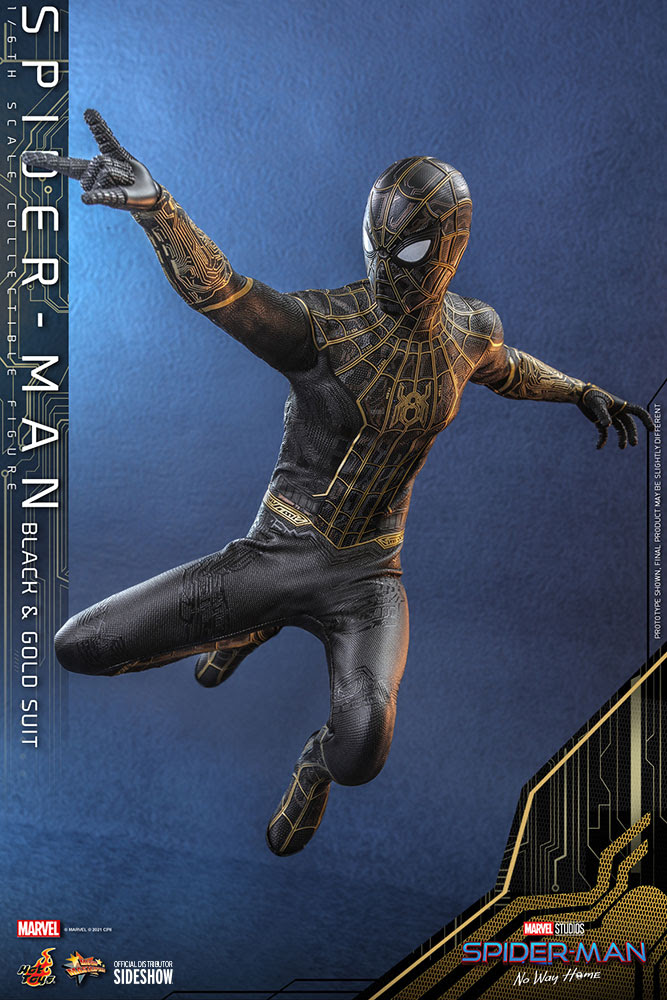 Featuring a detailed likeness of Willem Dafoe as Norman Osborn/Green Goblin in Spider-Man: No Way Home, the Green Goblin (Upgraded Suit) 1/6 Scale Figure by Hot Toys is available for pre-order from Sideshow. 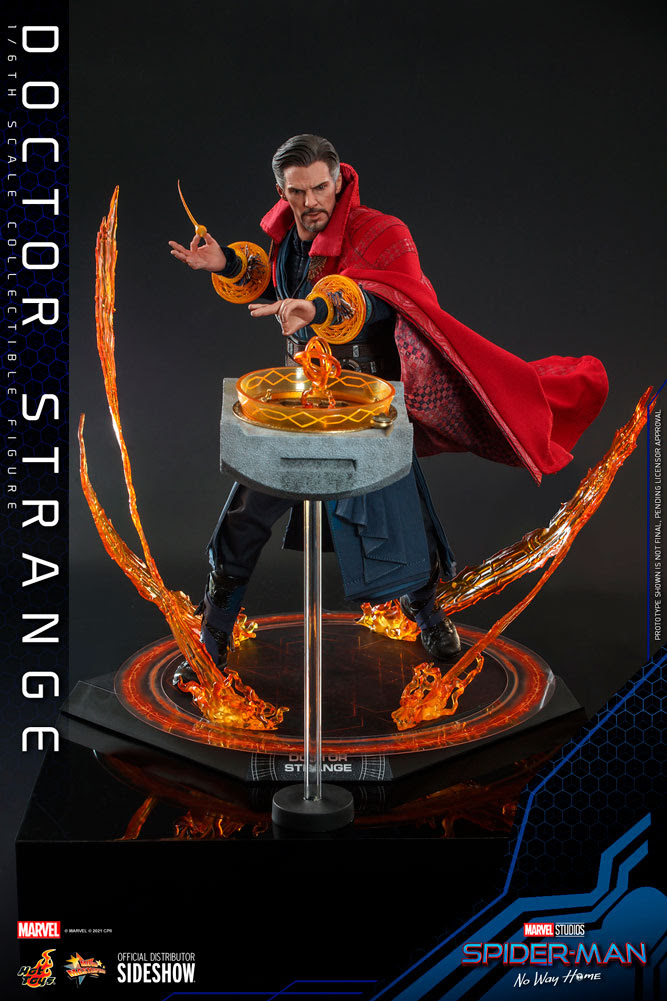 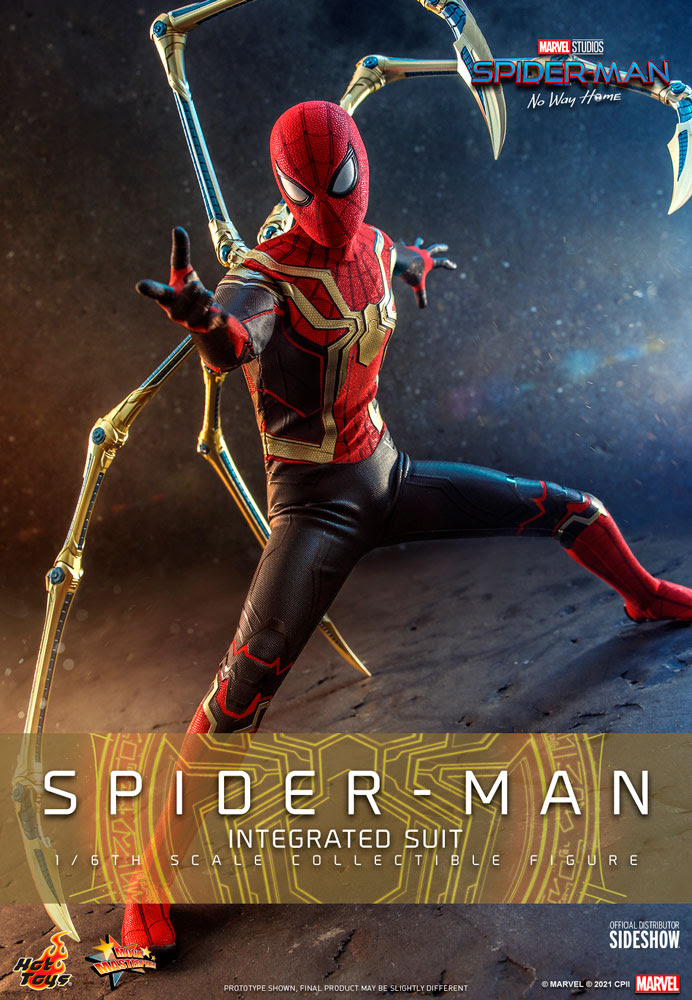 Get ready for battle! The Spider-Man (Integrated Suit) 1/6 Scale Figure and the Deluxe Version by Hot Toys are available to pre-order now from Sideshow.